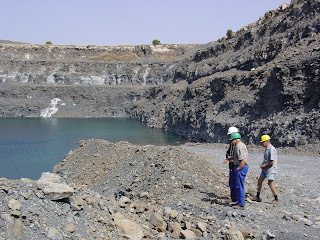 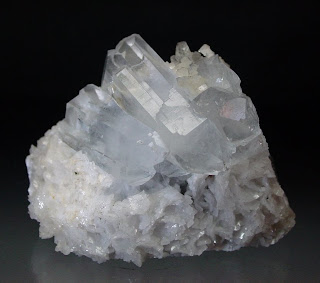 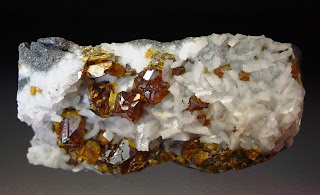 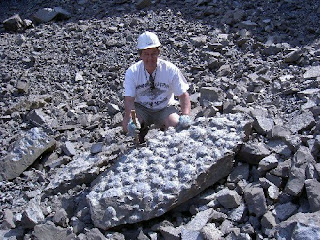 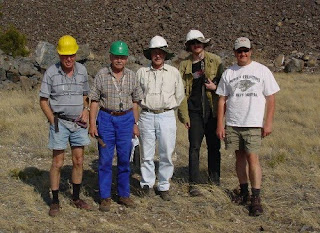 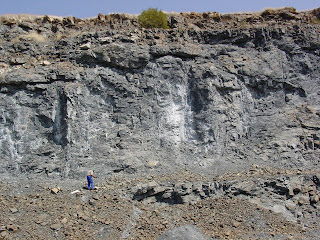 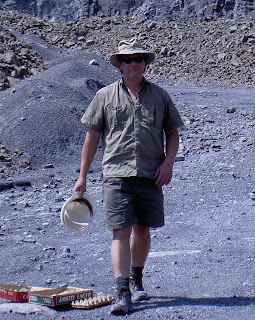 In 2008 a group of us visited Pering mine near Kuruman. Besides the very interesting minerals we collected the geology was fascinating.

The Pering deposit is a carbonate (limestone/dolomite) hosted zinc-lead mineralized breccias within the Campbell Rand member of the Ghaap Group, Transvaal Super Group (classified as the oldest Mississippi Valley Type (MVT) economic deposit in the world. It has been dated at approximately 2,550my old (Paleo-proterozoic in age), while all the other MVT deposits in the world are younger, ranging from middle Proterozoic (1,200my) to Jurassic (175 my) in age. For this reason Pering is unique and deserves more attention from a mineral collector’s point of view.

One could get a glimpse into the fascinating development of this unusual deposit as we drove down the ramp road into the large pit. The upper layers of dolomite still have well preserved stromatolite domes some as large as 5 metres across, with intercalated thin shale layers within the thick units of dolomite. These lower dolomites are characterised by smaller domed deformed stromatolitic lenses in the lower section of the exposures in the opencast pit. Stromatolites were simple algae-like plants requiring a warm shallow marine sea to thrive. These fossils represent the oldest living organisms on the planet, peaking about 1250 million years ago. These cyanobacteria are thought to be responsible for increasing the amount of oxygen in the primeval earth’s atmosphere through their photosynthetic action of taking in carbon dioxide and dispelling oxygen as waste (Allwood, et al, 2006).

Evidence of several fluctuations in sea-level resulted in the formation of limestone and dolomite deposits in deeper waters, with thin shale layers forming during shallow lagoonal/esturine conditions. Fossil ripple marks along bedding planes in the thin shale layers were evident at many of the collecting sites, indicating shallow gentle tidal flow when these sediments were deposited in the inter-tidal zone. These abrupt changes in sedimentary units were clearly visible on the mining benches as we explored the cliff-like rock walls of the open pit for pockets where we might be lucky to find mineral specimens.
Posted by Allan Fraser at 6:45 AM