On an annual basis my wife and I take our holidays in Italy and this year was no exception. On our way to the Euro Mineral Show in Turin, we spent a few days in the the Piedmont area near the town of Asti enjoying the good food and exceptional wines. Besides being a country of immense beauty one also gets a deep sense of the human history when visiting Italian cities and travelling through the countryside. Most Italian cities are built on Roman foundations and Roman roads are still used to a large extent today. But human history is but one ancient part of Italy. About 2 - 5 million years ago, most of the low-lying regions of Italy were covered in a shallow warm sea. The evidence of this ancient sea can be found in many regions of Italy as inland beach sands, clays and other marine rocks along with a variety of marine fossils. In the northwest region of Italy, particularly in the Piedmont area, ancient beach sands dominate the landscape having formed small round hills.

Whilst visiting a guest farm near the town of Asti in Piedmont we discovered a cliff made of this ancient beach sand and we were amazed to see numerous fossil shells protruding from the compacted sand. We were able to extract several of these fossils which were easy to clean of the sand to expose the fossilised shells. We collected about a dozen and left those behind that were not complete or showed some damage. Later a literature search indicated that the shells we had found were of the species Pecten Nigromagnus and those they had lived about 3 to 5 million years ago during what Earth Scientists call the Pliocene period. I took pictures of the fossils (shown here) before donating them to the Piedmont Paleontological Society. 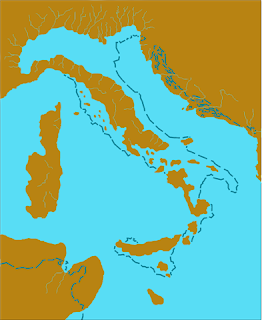 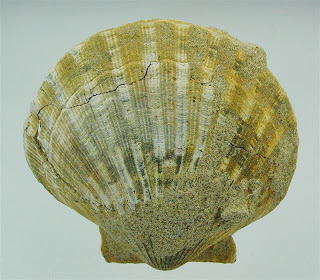 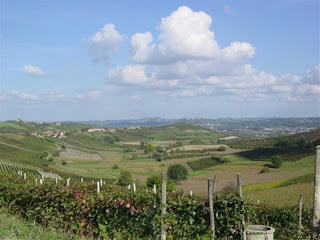 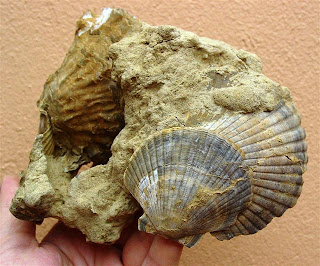