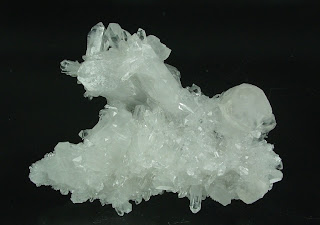 How serious do we take the claims of ‘crystal healers’ whose practice and influence in the mineral and gem world has taken on profound proportions? In recent years there has been a proliferation of the metaphysical and esoteric use of minerals and “crystals” supposedly for the enhancement of health and the treatment of disease. Mineral and gem shows are becoming increasingly dominated by “crystals” for healing purposes. Crystal healing practitioners use terms like 'energy' and they use it to cover anything that they can't explain any other way - such as 'energies unknown to science'. Do the claims of ‘crystal healers’ stand up to scientific scrutiny or is ‘crystal healing’ just another fashionable pseudoscience amongst a plethora of New Age hocus-pocus? Skeptics may be puzzled by the ready tendency of human beings to accept claims without sufficient evidence.

The late great Carl Sagan (1995) warned that there are “already many signs that modern culture may be on the verge of abandoning science for mysticism, and thereby sliding back almost without noticing it into superstition and the darkness that engulfed our demon-haunted world for thirteen centuries after the fall of Rome”. There also appears to be accelerated growth in anti-science in modern culture says renowned, skeptic, Paul Kurtz (2010) “It is paradoxical that today, when the sciences are advancing by leaps and bounds and when the earth is being transformed by scientific discovery and technological applications, a strong anti-science counterculture has emerged”

The rise of ‘New Age Science’ in recent years appears to govern the media which is filled with gobbledygook such as: tarot cards, quack medicine, magic waters, palm reading, UFO abduction, crystal healing, telepathy, astrology, conspiracy theories etc.... the list goes on and on. ‘New Age Movement’ literature in bookstores has grown to such an extent that books on the subject(s) outnumber books on science by a ratio of 10:1 (Hawkins, 2010). One possible reason for the proliferation of the ‘New Age Science’ may be that anyone can conjure up yet another madcap theory with absolutely no scientific evidence to support their theory and gets a cult following. In recent years, particularly with the rise of the New Age movement, myths concerning the healing powers of crystals have been introduced to society. Crystal healing practitioners claim to use ‘crystal energy', ignoring the fact that 'energy' has a very precise meaning in science. And they use it in an all-encompassing way to cover anything that they can't explain any other way - such as 'energies unknown to science'. Proponents claim that the healing properties of crystals rely on 'energy' that crystals are supposed to give off and that this energy exerts elusive influences on the body, realigning the body’s 'energy' into more harmonious, natural and healthy patterns (Willis, 2010). Here’s a quote from one of the many ‘Crystal Healing’ web sites [5.] giving an explanation on how to ‘select’ and ‘use’ a crystal for healing. “Crystal therapy involves the use of precious semi precious stones. These stones hold positive energy and act as a conduit for healing from the practitioner to the recipient. The stones also generate a healing vibration that heals on all levels, physical, spiritual, mental, emotional. A stone can be placed on the part of the body you would like to heal. A stone can also be placed on acupressure points. Generally therapists use quartz for physical healing amethyst for spiritual healing and rose quartz for emotional issues. There are many other crystals which carry a very specific healing vibration. They can pin-point complex healing issues & bring about healing & balance”

So, we are lead to believe that crystals allegedly affect the emotions and can be used not only for physical healing, but for emotional problems as well. Moreover, the claim goes further in boldly stating that crystals not only help with self-expression, and if that is not all …… creativity, meditation, AND the immune system! These claims are extraordinary. None of these assertions is backed by any scientific evidence – we just have to have faith and believe it! Extraordinary claims require extraordinary evidence. Everything about these claims should be skeptically examined and a demand for validation and verification be sought from the claimant. However, the burden-of-proof lies with those making the claim! Science has not identified any energy that could possibly be the healing energy claimed by crystal healers. Some crystal healers claim that the energy responsible is the piezoelectric effect, which is known to science. The piezoelectric effect can only be generated with a crystal that has been sliced into a thin section at specific orientations to the crystal axes and most types of crystals that crystals healers use cannot generate a piezoelectric effect anyway. Crystal healings may offer some assistance to some ailments, particularly emotional or psychological disturbances, but these healings are achieved as psychosomatic responses rather than through any direct effects from the properties of a crystal (Hawkins, 2010). The ready tendency of human beings to accept claims without sufficient evidence is wholly evident in the ‘New Age Movement’ and this includes ‘crystal healing’. Customers purchasing crystals from crystal healers often completely misunderstand the nature of what 'energy' means. In this way the customers are convinced, because the “effects” of the “energy” sounds good, without actually knowing anything about it and they take the word that the sellers are telling the truth and let’s not forget it’s good for sales. You can hang a tourmaline crystal around your neck, place quartz under your pillow, drink your mercury-laced cinnabar elixir and say it's providing health-giving energies, or 'cleansing energies' - whatever you please. What is being claimed has no scientific basis at all.

Many minerals species are potentially toxic - there are about 200 known radioactive minerals that contain uranium, thorium, or both elements [6.] and a large number are made up of heavy metals such as lead and mercury as in galena and cinnabar, respectively. I was horrified to hear a crystal healer practitioner announce with grand authority that realgar (an arsenic sulphide mineral, typically bright red in colour) can be used as an ‘elixir’ to promote a youthful appearance by boiling the mineral in water and drinking the water afterwards! “The red colour will vibrate with the root chakra!” she pronounced. Well I wonder how many of her customers were pronounced dead after drinking such a concoction!

As a scientist and a collector of minerals, I am unsympathetic to ‘crystal healing’ because it actively debauches the scientific enterprise, more so the disciplines of geology and mineralogy. And, even though all crystal healers and mystics will stand up and shout that “crystal healing works!” is not evidence that it does. Crystal Healing belongs in the same category as pink unicorns, Santa Claus and the tooth fairy. As modern culture is seemingly abandoning science and reason and accommodating mysticism there is an even greater need to question the validity of claims by following basic scientific methods of observation, independent testing, rational deduction, and verification by means of abundant evidence. We need to fight the misuse of science and praise the real wonder of science and avoid the ‘New Age’ taking us into a new ‘Dark Age’. 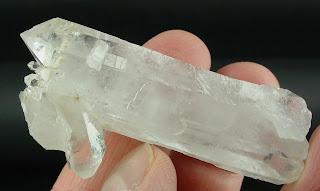 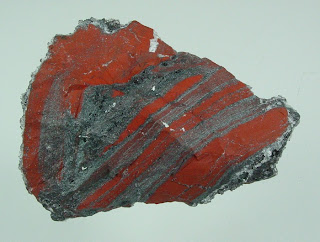 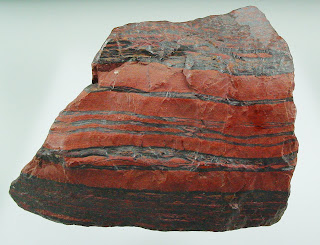 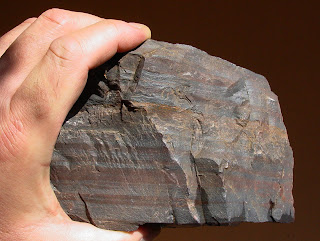 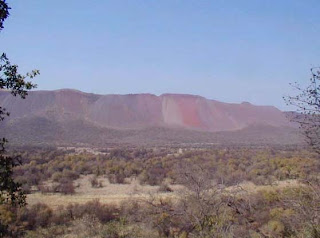